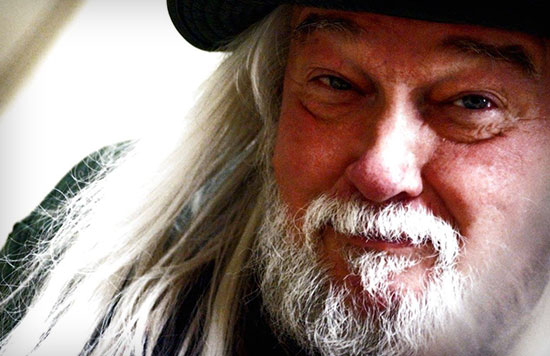 On the passing of my mentor and friend, Bruce Logsdon

Yesterday I learned, with heavy heart, of the passing of my high school mentor, H. Bruce Logsdon. Bruce, or “L” as we often called him, had an enormous impact on my life and career. So many of my professional and creative pursuits are directly linked to his guidance, his enthusiasm for teaching, storytelling, media, and theater.

I first met him while I was in middle school, attending a summer school class called “You Create A Film”. He recognized the creative spark in the small, awkward, odd boy I was then, encouraging me to express that creativity in front of and behind the camera. Over two summers, those classes produced two amateur short films that I treasure, corny and bizarre little time capsules of my childhood.

By the time I entered high school, I was already primed for L’s English classes, as exciting and unpredictable as you were likely to find in the 1990’s midwest. But the bigger draw was the room attached to his proper classroom, the Communications Technology lab – called the Comm Tech Room. I spent countless hours in that large utility-garage-turned-mad-scientist’s-lair, a welcoming monstrosity of mismatched technical gear, computers, dark room, audio booth, video newsroom set. In the sepia tones of my memory, it’s a movie set-designer’s dream come true – a million little details that spoke of decades of loving, indelicate use by hundreds of students. Haphazard and disorganized, yet filled with possibilities, it was the physical manifestation of Bruce’s energetic mind.

Bruce taught me videography, photography, video editing, acting, computer graphics, scriptwriting. He put me on stage for the first time, the only freshman actor amongst a cast of upperclassmen in the play “Noises Off!”. He put me in front of the camera for “On-Line”, our student news show, and behind the scenes, directing and editing. I did my first voice work in the Comm Tech sound booth, creating mock radio ads and video narration. He introduced me to my first software audio editing suites, taught me linear video editing on VHS, motion graphics on the Amiga. So very much of my career, and my creative passions, began in that room, on that stage, working with this man.

Bruce was a complex, funny, charming, challenging personality. He treated his students like people, like friends, like co-workers. He pushed you hard to excel, to act professionally, and to enjoy yourself while doing it. He delighted classrooms but also made enemies. We laughed, argued, bantered. Told lewd jokes, and debated philosophy and the mysteries of people and the universe.

I hadn’t seen L in person in at least 18 years. But we had connected again via Facebook. Shared some old photos and memories. Talked about the plays. He lived in Colorado these last years, but I’d hoped that we’d get to sit down again together, have a beer, catch up, fill in the blanks. Now I can only celebrate the memories of a man like none I’ve met since, or expect to again.

Thanks for everything, Bruce. You live on through the lives of all your grateful students, in the echoes of all the hours you gave to us.