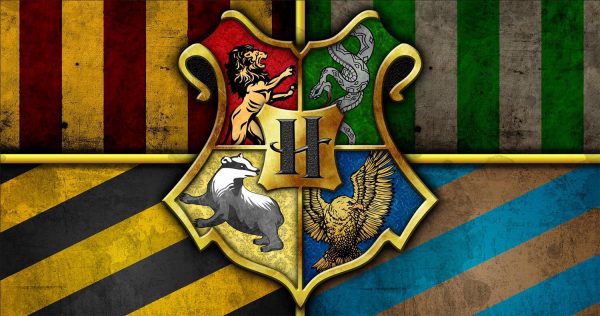 I’ve been thinking a lot lately about “chosen one” narratives, the hero’s journey, and how we as people relate to and internalize those narratives. Because how we see ourselves in those stories informs our own identities.

I believe the stories we tell each other, especially when young, have outsized impacts on how we view our own place in the world, and how we might affect it. Especially who we are told are the Heroes, and if/how we see ourselves reflected in them.

Something that struck me was the way the Harry Potter/Wizarding World Hogwarts Houses — such a widespread pop-culture identity signifier — could also reflect on that narrative internalization.

Not only how, and if, we see ourselves as the hero of the story, but why—and how that identity relates to those around us.

For instance: Gryffindors are very likely to consume story and identify strongly with its hero. Even if their sense of self isn’t “I AM the hero!”, they perceive themselves as part of the Good Guys, or (perhaps more accurately) the Winning Team.

Potential self-aggrandizing aside, Gryffindors will likely tie their sense of heroism with Team, with companions and compatriots, with movements. That, even if one is the great leader and pinnacle of achievement, it’s a group effort through-and-through.

Gryffindors believe their cause is righteous (and they can be plenty self-righteous), because the hero is “of the people”, and for the people. They believe all boats rise with the tide. They see great deeds as having great impacts for all.

Gryffindors can get really hung up on having a singular villain or nemesis. They inherently believe most people are good, so the bad guys must be outliers. They may have a “cut off the head” approach to success—a strategy reinforced by story but betrayed by reality.

Slytherins might recognize themselves in the hero, but set apart — and perhaps above — those around them. They’re all about Ambition, sure, but also Conviction. They trust their instinct that their goal is the righteous one. To be told otherwise only reinforces their conviction.

When a Slytherin identifies with the hero, they see themselves as part of the mighty few, the special ones, those who move mountains while others build anthills. And they may not be wrong about that.

The Slytherin hero has companions, of course, even a team. They know that greatness isn’t really accomplished alone. Their heroic efforts will magnify the few, those closest to them and best aligned to them. But their inner story is always individualistic.

Slytherin loyalty is a mighty thing, but it is also exceptionally conditional. (And what loyalty means, and why you’d bestow it, varies WILDLY between the Houses.) They would see their comrades rise high, but show no charity to those whose purpose does not align.

Slytherins might also find themselves at odds with a story’s hero. If they see the hero as weak, whiny, hesitant, or dependent (on help, on friends, on society), they might reject the hero. Which could lead them to reject the hero’s Cause — because what good is it, if not worthy of their Conviction?

Slytherins find nemeses and antagonists everywhere. They know their ambition is individual, so opposition comes from many directions. But they too can get hung up on a singular enemy, if only from the hubris that few can actually be their equal.

Hufflepuffs don’t see themselves as the hero in the story. They don’t self-aggrandize in that way. They identify with all the pillars of support surrounding them. They can’t imagine carrying the Hero’s Burden. But they can and happily will carry the hero themselves.

Pulling away from the idea of the singular chosen one, Hufflepuffs best recognize the power of community, safety in numbers, that many hands make light work. They’re unlikely to seek the spotlight as a Gryffindor might. Won’t individualize like a Slytherin.

When Hufflepuffs internalize the hero’s journey, they see every step of that journey as building blocks, laying foundations to build a mighty castle. They might put a king/queen on the castle’s throne, and forget their own importance in constructing it.

The Hero is important to Hufflepuffs, precisely because they can’t see themselves in the role. (Which is no indication that they *could not* actually be the hero, merely that they don’t identify as one.) The ‘Puffs want a Champion, the sharp point of the lance for their Cause.

Ravenclaws: Behind the Curtain

Ravenclaws might enjoy the hero’s tale, but from some observable distance. The hero is all action and reaction, and the Ravens don’t go in for that. They’re likely to get frustrated with the hero’s naivety or ignorance, would rather slow down and think than merely (and rashly) respond.

Ravenclaws find themselves in stories as Watchers, just aside from the action, one step into the shadows, aiding (and maybe manipulating). But their nature doesn’t allow for the impulsiveness of the hero, nor the complete conviction of the villain.

Even if they side with the hero, Ravenclaws must balance their view of the big picture with their need to pick apart the details. What are the ramifications of the hero’s actions? Does some of what the villain says/does make its own kind of sense?

The temptation to play devil’s advocate is strong for Ravenclaws. Context always matters to Ravenclaws. Story heroes often know too little context. The villains are operating with more of the puzzle pieces. And they know the author is rarely giving all sides of the story.

Even Here, a Spectrum of Identity

What a hero is, and how we identify with them, is different for everyone. But seeing how much the Hogwarts Houses resonate with people gives a lot of clues to how we operate in real life, who we elevate and why, and where we might get hung up by our own impulses.

Now, obviously, these are just my opinions and observations, and the Houses are pieces of fiction—though the identities have become very real. As with most things in life, our identities exist along a spectrum.

That spectrum includes House crossover. I identify as a Gryffin-claw. Why? Because my heart and drive are all Gryffindor, but who else would write something like this than a Ravenclaw?